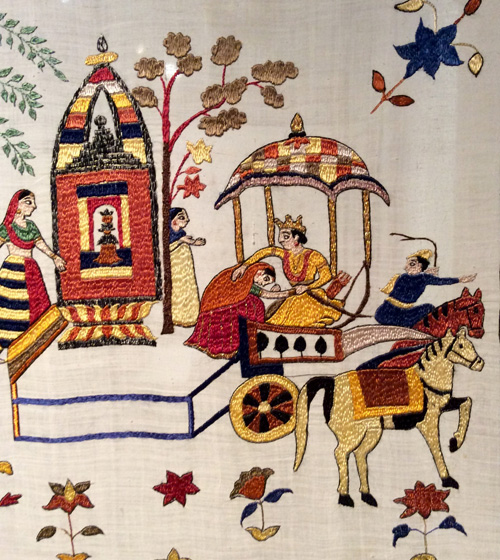 The Chamba Rumal or Chamba handkerchief is an embroidered handicraft that was once promoted under the patronage of the former rulers of Chamba kingdom. It is a common item of gift during marriages with detailed patterns in bright and pleasing colour schemes

Known as a “needle wonder” Chamba Rumal is now made in square and rectangular shapes. The materials used still consist of muslin, malmal, khaddar (a coarse fabric), fine charcoal or brush, and silk threads without knots. Using a double satin stitch for the embroidery, both faces of the cloth are concurrently stitched by a forward and backward technique to maintain uniformity of design on both faces of the rumal. After completing the embroidery, the fabric is stitched with a border of about 2 to 4 inches on all sides 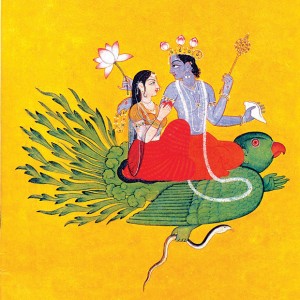 Pahari painting had two principal phases of development. The earlier phase that started from the mid-17th century is extraordinarily colourful with its primitive expression charged with vitality and emotional intensity. These early Pahari paintings can be distinguished by fish-shaped elongated eyes, oval faces, receding foreheads, round chins and prominent noses.

Bold figures are carefully laid against monochrome background of red, yellow, green or brown colours. Decorative pigmy trees suggest the feeling of perspective while the sky is indicated only by a narrow strip on the horizon.

The style underwent a change in the second quarter of the 18th century and a new phase of style developed in the Guler area. The paintings of this phase are done in a somewhat naturalistic manner. The vitality of the line toned down and acquires a lyrical character; the lines now seem to be flowing in a rhythmic way. The colour scheme also became slightly cooler and freshness in colour and delicacy in execution particularly in case of Guler-Kangra schools is remarkable. 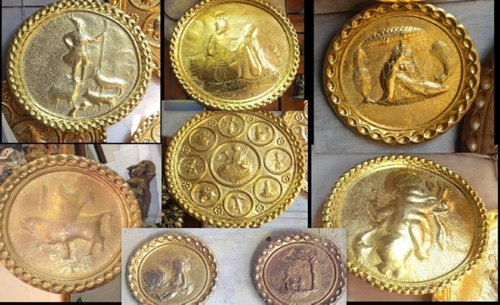 The metal craft of Himachal Pradesh stands exemplary as the antique metal statuettes are one of the most significant aspects in many temples of Himachal Pradesh. The statues of gods and goddesses also appear as ‘mohras’ or in metal plaques.

The metal crafts of Himachal Pradesh not only serve the religious purpose but they serve as utilitarian items also. As per the history, the metal craft in Himachal Pradesh grew because the courts of the Himachal kings had the craftsmen who were specialised in metalware in the 600 AD. Since that age, the artisans have been practicing the art and have mastered in this field of exclusive creations. The statuettes at temple entrances in Brahmaur, Chamba and the Vajreshwari Devi temple in Kangra are glaring examples of excellent craftsmanship. Even the temple doors of Vajreshwari Devi, Jwalamukhi in Kangra, Bhimkali in Sarahan and Chandika Devi in Kinnaur exhibit the Repousse technique in which the craftsmen excelled. A canopy made of gold at the Jwalamukhi temple is one of the most admired examples of the metal craft of Himachal Pradesh, which is believed to have been gifted by the Mughal emperor Akbar. 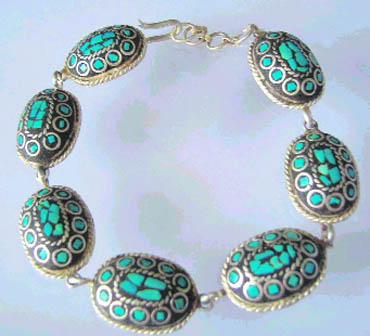 Fine jewellery of Himachal Pradesh is usually crafted out of silver and gold. The jewellers of Kangra, Chamba, Mandi and Kullu District were famous for their enameling skills. Kangra was the kingdom of Rajputs in earlier days. They mainly worked with silver. Deep blue and green colours were used frequently in enamellings. Elliptical anklets, solid iron-headed bangles, hair ornaments, peepal-leaf-shaped forehead ornaments, necklaces known as chandanhaars which can be described as a bunch of long silver chains linked by engraved or enamelled silver plaques and pendants with motifs of the mother goddess are some of the exquisite pieces they usually make. All the art need proper craftsmanship and skill as well.

Tribal Jewellery of Himachal Pradesh There are some traditional designs also like an old Kangra pattern for silver anklets is a series of birds, archaic in design, connected by silver links. Most of the older designs are no longer seen in today’s world although all of them were very beautiful in case of designing and style. All these older designs can be seen in museums like the Kangra Art Museum in Dharamsala, the State Museum in Shimla and the Bhuri Singh Museum in Chamba. 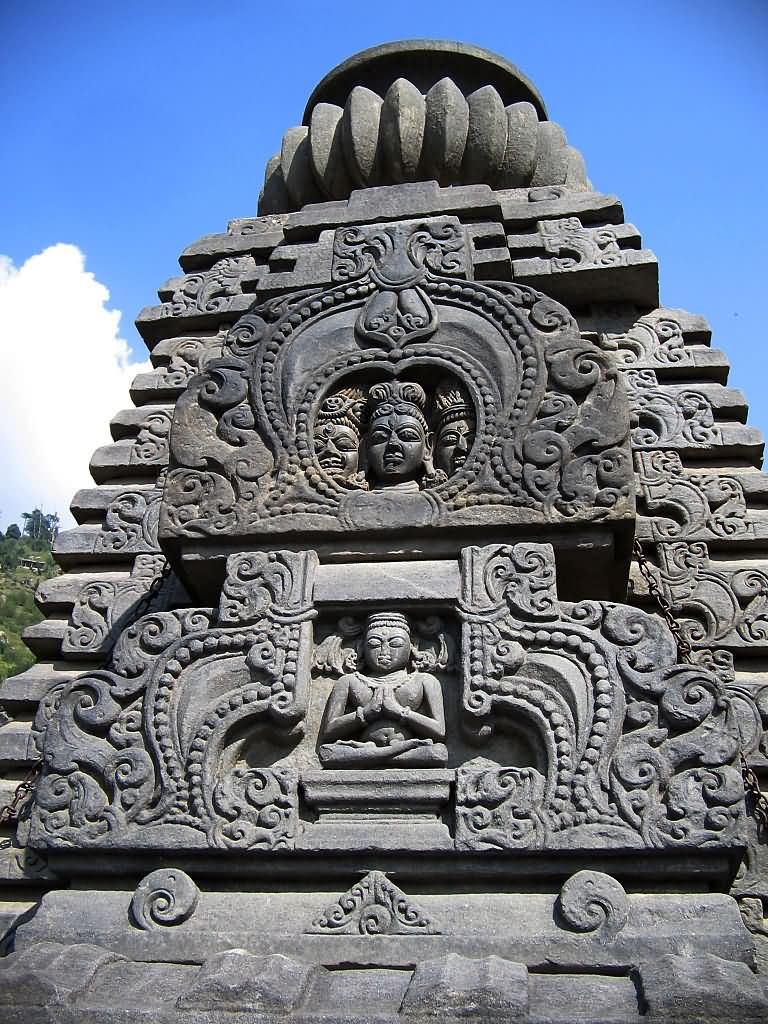 The stones are available in Kangra, Bilaspur, Mandi and Kulu and the artisans create wide varieties of objects out of them. Kangra, Mandi, Bilaspur, Sirmaur, Chamba and Kullu have been traced as the traditional centres of stone crafts of Himachal Pradesh. The people of Bataihra or Batada community are adroit in stone carving.

The stone crafts of Himachal Pradesh can be observed in various temples, materials and pieces. Some of the common examples of stone crafts are temples and utility items.The plentiful supply of sandstone on the Shivalik hills has encouraged the stone crafts in Himachal Pradesh. The landscapes of Himachal Pradesh are dotted with numerous beautifully carved temples which stand unique in their carving styles. The temples of Masroor, Baijnath temple in Kangra, Shiva and Devi temples at Jagatsukh, Naggar, Nirmand and in Kullu are the great examples of stone craft. In addition to these temples, the shrines located on the banks of the river Beas in Mandi, the temples at Brahmaur, Chhatrahi, Chamba, Bilaspur and Sirmaur are exemplary of the superb creations of the 7th and 13th century AD. Aart from carving excellent designs in temples and relief structural panels for temples, the artisans of this place create different utility items such as traditional stoves (angithi), circular pots for storing (kundi), pestle and mortar (dauri danda), millstones (chakki) etc that are used by the local people in day to day life.

The stone crafts of Himachal Pradesh with the creating variations of the craftsmen have occupied a distinct place in the arcade of craft because of its unique style and designs. 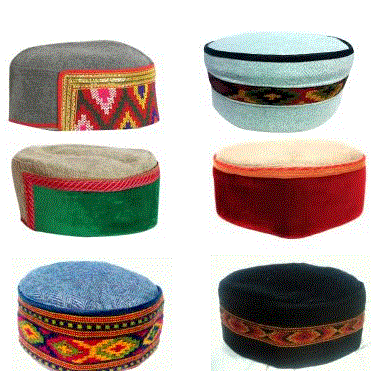 Like a pagri, or the turban in other parts of India, the Himachali topi is a necessary fashion wear during marriages, festivals, religious functions, fairs and other local events. Traditionally, worn has a headgear to protect from the chilly winter winds, these colourful caps have percolated into cultural existence of the state to become the symbol of the state. There can’t be better memento or gift that represents a state better than the Himachali Topi. Although, there are other handicrafts, the beautiful Kullu shawls but nothing compares the charm of this traditional cap.

The topi though largely is worn in the regions of Shimla, Kullu, Kinnaur and other higher areas of Himachal. The cap usually is accessorized with either a brooch, peacock feathers, marigold flowers or pretty tassles of dried flowers of the Himalayan Brahma Kamal (Lotus of Lord Brahma). Traditionally, it used to be embellished with the brilliantly coloured Monal (Impeyan pheasant) feathers until the bird was declared an endangered species.

Usually worn by men, the cap is worn by women too in the Kinnaur region, where it is known as thepang. Women, elsewhere, in the state usually wear a dhaatu, a head scarf, typical to the state. 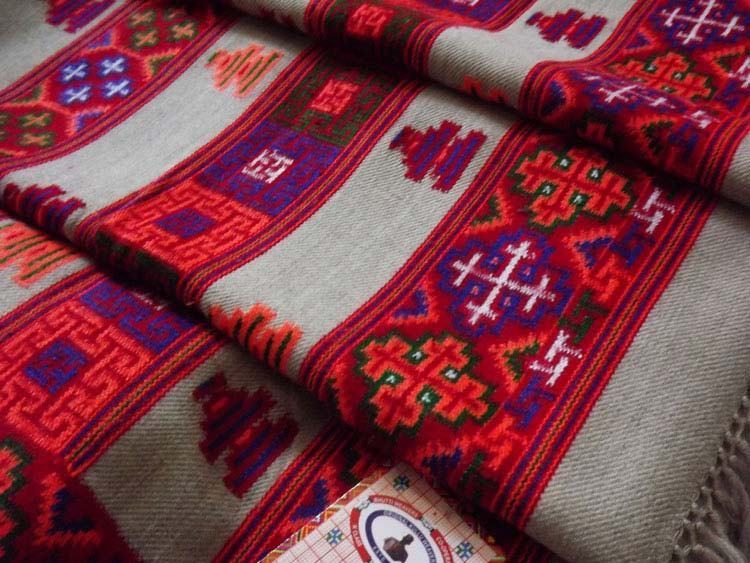 Kullu has been famous for its shawls with striking geometrical patterns and vibrant lives. Earlier, the Kulivi people used to weave plain shawls but after the arrival of Bushehari craftsman from Rampur, Shimla district of Himachal Pradesh, the trend of patterned handloom came into existence.Typical Kullu shawls have geometrical designs on both ends. Besides geometrical designs, the shawls are also woven in floral designs, which may run all over, on the corners or on the borders only. Each design may have one to 8 colours. Traditionally, bright colours, viz. red, yellow, magenta pink, green, orange, blue, black and white were used for patterning and white, black and natural grey or brown were used as the base in these shawls. But in the present times keeping in mind the customer demand, these bright colours are being replaced gradually by pastel colours. Mill spun yarn dyed in various colours is used for the ground, while a vast range of acrylic colours is used for the pattern in the border. These shawls are available in Sheep Wool, Angora, Pashmina, Yak Wool and handspun material. The yarn used may be chemically dyed or vegetable dyed.Price of any shawl depends upon quality of wool and the number and width of patterns used in it. Owing to the high cost of labour involved in the sorting of fine pashmina fiber, the shawls prepared from pashmina wool are expensive.

It is a handicraft most popular in upper reaches of Inner and Outer-Seraj in the Jalori and Bashleo pass regions. Pullans are grass shoes which are used as footwear. This footwear is made out of fibers procured from the bark of a wild bush, Bhang (Cannabis sativa Linn.). The upper portion of pullan is made of goat hair and is decorated with colourful designs using threads while the bottom of footwear is made of Bang fiber. These are available in different sizes and local people consider them as warm footwear.